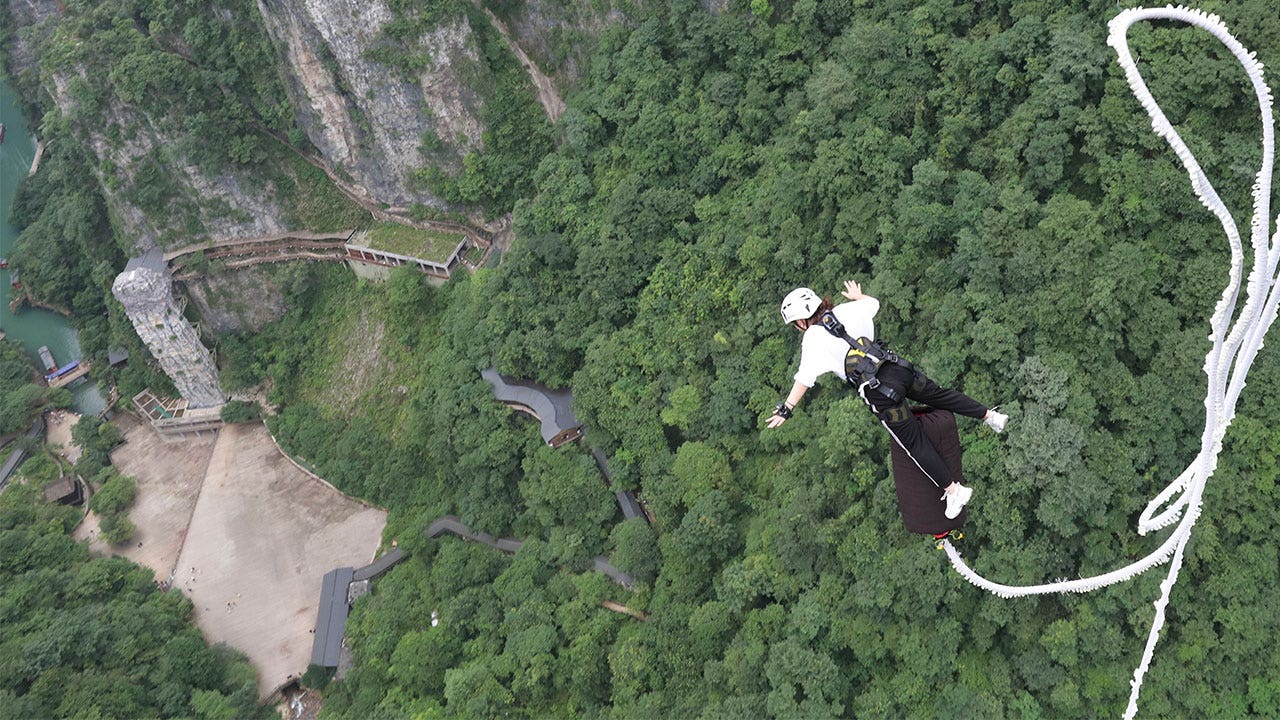 A Colombian bungee-jumper plummeted to her death this week after a communications mishap caused her to leap off a bridge without a fastened cord.

“She got confused,” Gustavo Guzmán, the mayor of Fredonia, told El Tiempo of the accident, which occurred Sunday in Amagá in northern Colombia.

First-time jumper Yecenia Morales, 25, her unnamed boyfriend had traveled to the Amagá viaduct – a popular bungee spot – on an excursion organized by local company Sky Bungee Jumping, according to Newsflash. The two lovebirds were reportedly the 90th jumpers of the day when they approached the platform.

Things went wrong after the operators signaled Morales’ beau – who was ahead of her in line – to take the plunge. But, apparently thinking the cue was meant for her, the young lawyer leaped off the bridge without an attached safety cord plummeted about 164 feet down to the valley below, Newsflash reported.

At that point, Morales’ distraught boyfriend rushed down to his fallen soulmate, whereupon he futilely attempted to perform CPR. Firefighters later pronounced her dead at the scene.

Along with her injuries inflicted during the free fall, the young daredevil may have suffered from a heart attack before she hit the ground, according to subsequent medical reports. Meanwhile, Morales’ boyfriend is receiving treatment for wounds he sustained while scrambling down to find her is reportedly in shock over the ordeal.

Guzmán has since chalked up the tragedy to a massive misunderstanding.

“The signal was for the boyfriend to jump because he was already attached to the security equipment,” he explained. “They had only put the harness on her so she got confused rushed.”

Nonetheless, authorities have launched an investigation over claims that several companies at the site were unlicensed, according to the Daily Mail.

Morales’ family members have since expressed their grief over the deceased woman.

“My sister is a girl with all the best values​​, happy, spontaneous, with virtues that made her love her friends, helped the people in need,” said her bereaved brother Andres. He added that she loved reading dancing had an entrepreneurial spirit.